Tameo Kits has recently released TMK 436 – an all-new kit of the Ferrari 312T2. Over the years, we have released many hundreds of models, and every one of those is special in some way – selected to commemorate a particularly eventful or successful race, or simply to give modelers a wide range of unique subjects to build. Within this program we have also made kits of many of the most memorable and successful cars in the history of Formula 1. The Ferrari 312T2 is simply a legend, and has long been a favorite with modellers. Driven to the 1977 world drivers championship by Niki Lauda, the car was powered by Ferrari’s flat-12 engine and represents a landmark design from a decade which many consider to be the most innovative in the history of Grand Prix racing. This kit captures Lauda’s race-winning 312T2 as it appeared at the 1977 Dutch GP, with the later season re-designed sidepods. 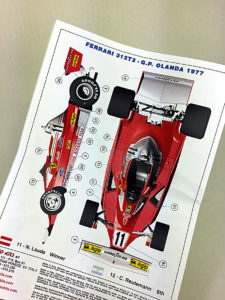 Several versions of the 312T2 were previously released as superkits in the WCT and TMK range, however this new release is a completely new kit.
The model has been designed to the ‘simple kit’ philosophy, balancing exceptional detail, with a much lower number of parts and an easy assembly sequence.
Most of the model is manufactured in cast white metal, but the model also includes photo etch parts, rubber tyres, a selection of rods and screws, and two decals sheets. 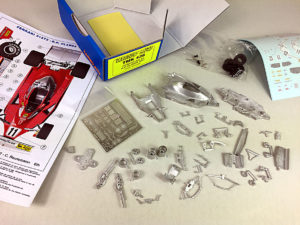 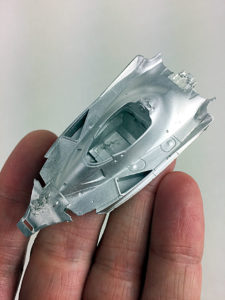 The characteristic ‘nostrils’ of the 312T2 are superbly captured. 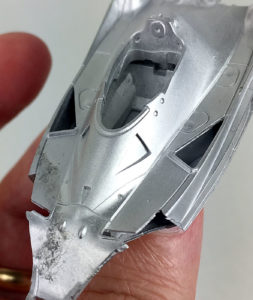 The beautifully printed decal sheets includes the white sections of the body work for those who wish to simply paint the model red and use these decals to complete the decoration.

Photo etch parts are used to capture many details of the car, including seat belts, radiators and wing end plates. 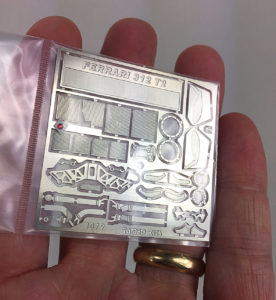 Consider the one-piece casting of the full exhaust section for one side of the flat 12! 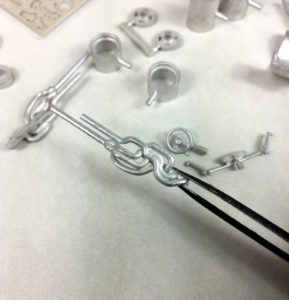 Front suspension parts are cast in scale, with the correct tubular cross section. 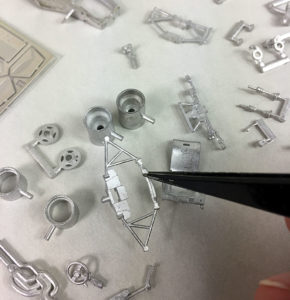 The rear wing features fine cast detail for the various wing elements, as well as the join lines in the aluminum skin of the rear wing. 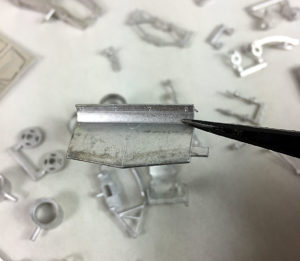 A quick test-fit of six of the larger chassis parts shows the excellent fit of parts straight from the box.

Again, the suspension parts are very thin, and will look excellent on the finished model. 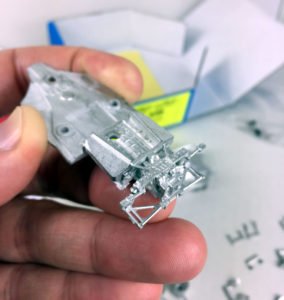 We hope that this model will be appreciated by many collectors.