The Lotus 49 is a single-seater designed by Colin Chapman and Maurice Philippe to compete in the 1967 Formula One World Championship. It was designed to house the Ford Cosworth DFV engine, the same that would have equipped many other cars over the years seventy and is also the first single-seater in which the engine has a structural and bearing function.

In 1967, the year of its presentation, Lotus 49 exhibited the classic Lotus livery: British green with a central yellow stripe. But in 1968, in Monaco, the Lotus 49 appeared with a new color composed of red, cream and gold, the colors of Gold Leaf cigarettes. It was the sign that the advertising business was beginning to assume more and more importance in this sport.

Umberto Marconi has assembled the WCT68 superkit available from our World Champion line. Excellent quality for a model that is apparently very simple but full of details that require precision and perfection.

Thank you so much Umberto for sending us photos of your work. 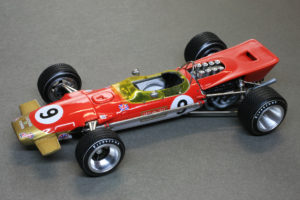 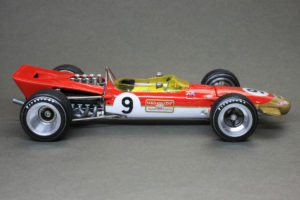 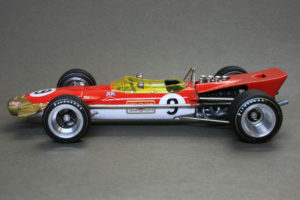 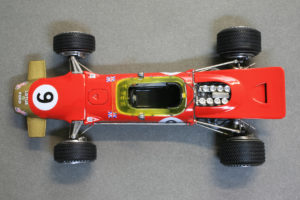 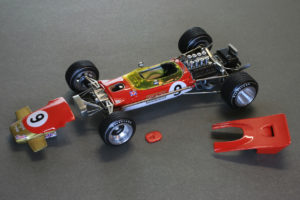 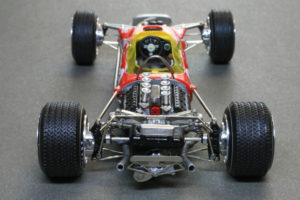 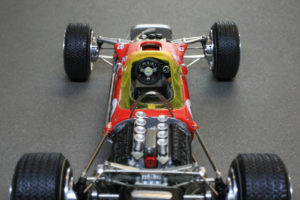 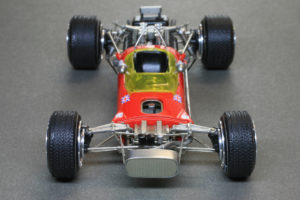 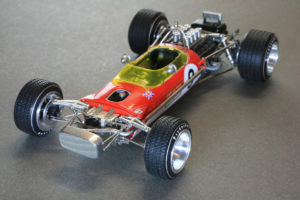