Historically, the color of Italian racing cars has always been the red race, since the twenties. Curiously, the Ferrari 158 won the 1964 championship not in the traditional red livery, but in the blue-white color. In fact, in the last two races of the season, the Grand Prix of the United States and the Grand Prix of Mexico, the 158 was deployed with the colors of the team North American Racing Team, with which Ferrari had a technical collaboration. The Ferrari made this gesture as a protest for the failed homologation of the 250 LM, which was to run in the Gran Turismo category
but that instead was forced to deal with the prototypes.

Tameo Kits produced the superkit of this interesting subject and our friend Hugo Luyten assembled it and inserted it in a simply fantastic diorama.
Thanks Hugo, it is a pleasure for us to show the quality of your work to other modellers. 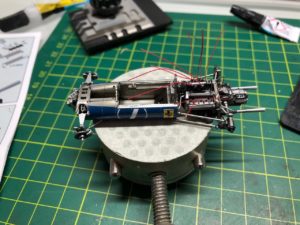 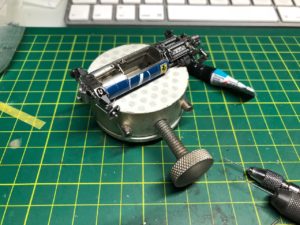 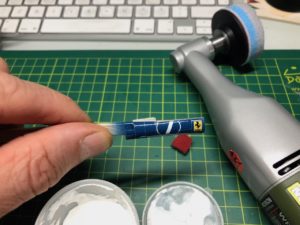 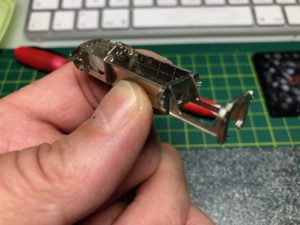 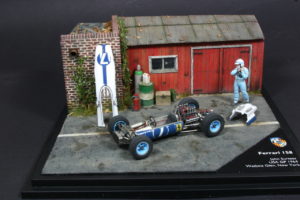 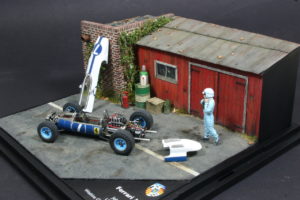 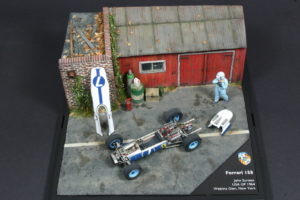