There it is! And the theme is; All the Brabham wing cars 1979-1982. All Kits by Tameo Kits all built by me ! (Technically there should still be a Brabham BT51, maybe I should ask Luca Tameo politely for a kit of that one…) 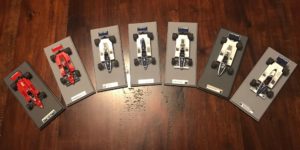 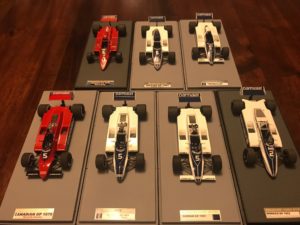 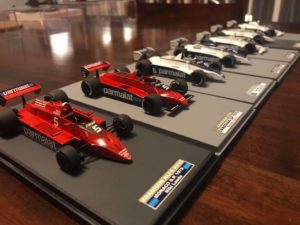 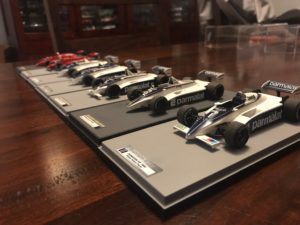 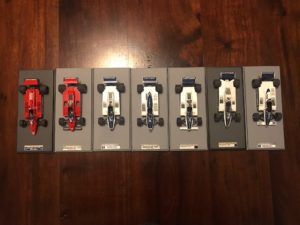 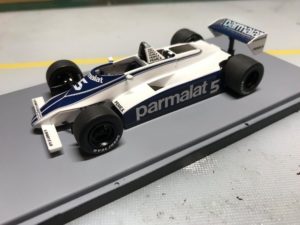 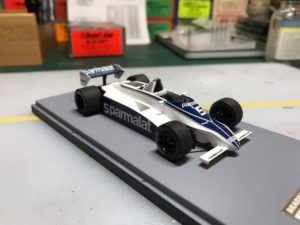 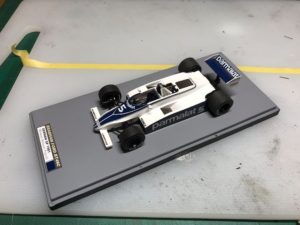 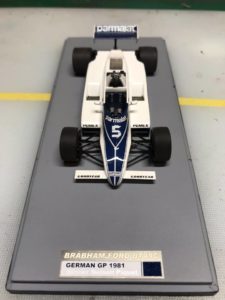 Surprisingly efficient for me, I decided to turn this into a mini theme batch, so next up was the Brabham BT50 BMW Turbo as it appeared in practice for the British GP in 1981 Driven by Nelson Piquet. Kit by Silverline by Tameo Kits (Ref SLK 108). 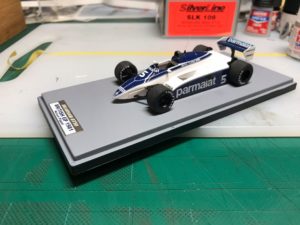 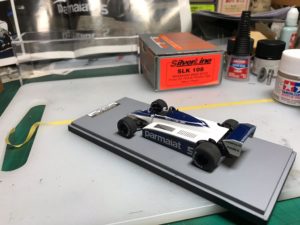 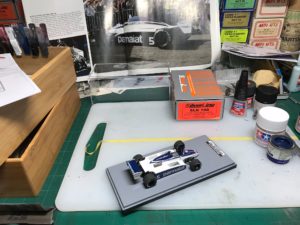 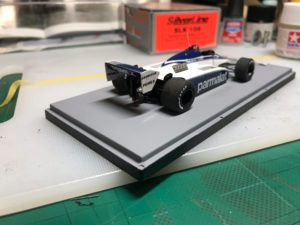 So then it made sense to also built the 1980 version of the Brabham BT49B as it won the Long Beach Grand Prix that year. Kit again by Tameo Kits this time CPK range (Ref CPK003). 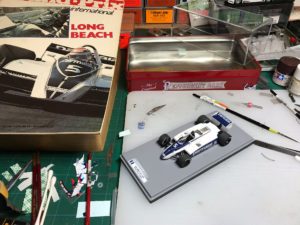 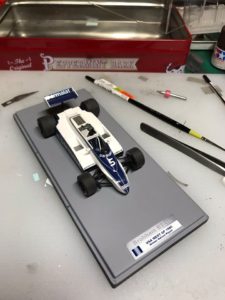 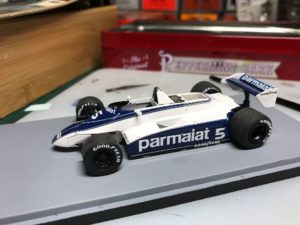 Little sidestep from 1970 to add to the already completed year 1979. Now complete again with the Brabham BT49 Ford. Kit by Silverline by Tameo (Ref SLK 110). 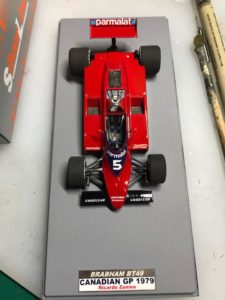 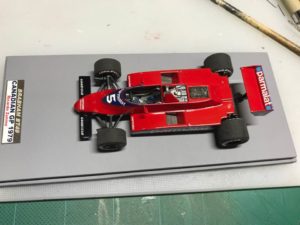 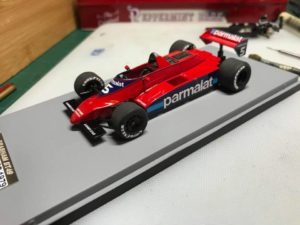